Camp and Retreat E-News: Nurturing Your Calling and Gifts at Camp

Nurturing Your Calling and Gifts at Camp 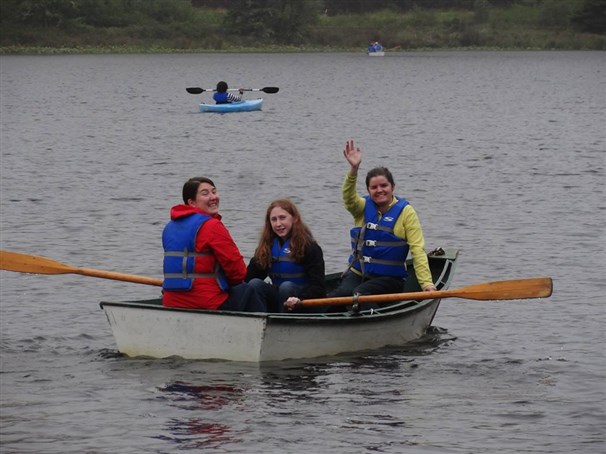 I grew up living at YMCA camps. My childhood was enriched by camp staff, archery, nature hikes, and pool parties. My dad was a camp director of many skills from mopping floors to leading large groups of people in song. My mom was a camp staff person extraordinaire from stints as camp administrative staff to being a camp cook to helping in the middle of the night with an emergency. I learned the vast and varied ways of taking care of people, from my parents’ experience at camp.

Eventually, we moved to West Salem to work at the 4-H Camp and Retreat Center. We sought out a church home and found Salem FUMC. Much to my surprise, not only could we live at camp, but we could also visit! In middle school and high school, I would attend Suttle Lake’s Winter Youth Retreat and Magruder’s family retreats, but it wasn’t until my freshman year of high school that I tried a week-long camp called Music, Arts, Dance, and Drama (MADD.)

I was on the MADD council which helped to organize the themes for camp. I remember being so excited to be in charge of the day we would be exploring communion and the meaning of Ubuntu. After Debbie and John Pitney had blessed the elements, we served them in communion stations of milk/cookies (education justice), Kool-Aid/white bread (food justice), water/tortillas (immigrant justice), and ended our time together in a love feast. Never had I felt more invigorated at camp, my spiritual curiosity was peaked.

A shout-out to my years of working in Camping and Retreat Ministries in the summers during college. Having Jane Petke at Suttle Lake as my first official boss was an immeasurable gift. Jane and Wendy White’s leadership around what it means to provide Biblical hospitality for diverse groups of people opened my eyes to what an intentional community can be. Amy Wood and Erin Pitney at Camp Magruder created a space where I could tend to the donkeys, race from the beach to the lake in my full body wet suit, and still feel like I could have the energy to pour out my heart over a campfire.

My spiritual gifts and call have been deeply nurtured at camp. My compassion has been challenged, my desire to serve communion as a pastor started at camp, and my relationship with Jesus and God has been made vulnerable time and time again. May you find that for yourself and your community when you go camping.